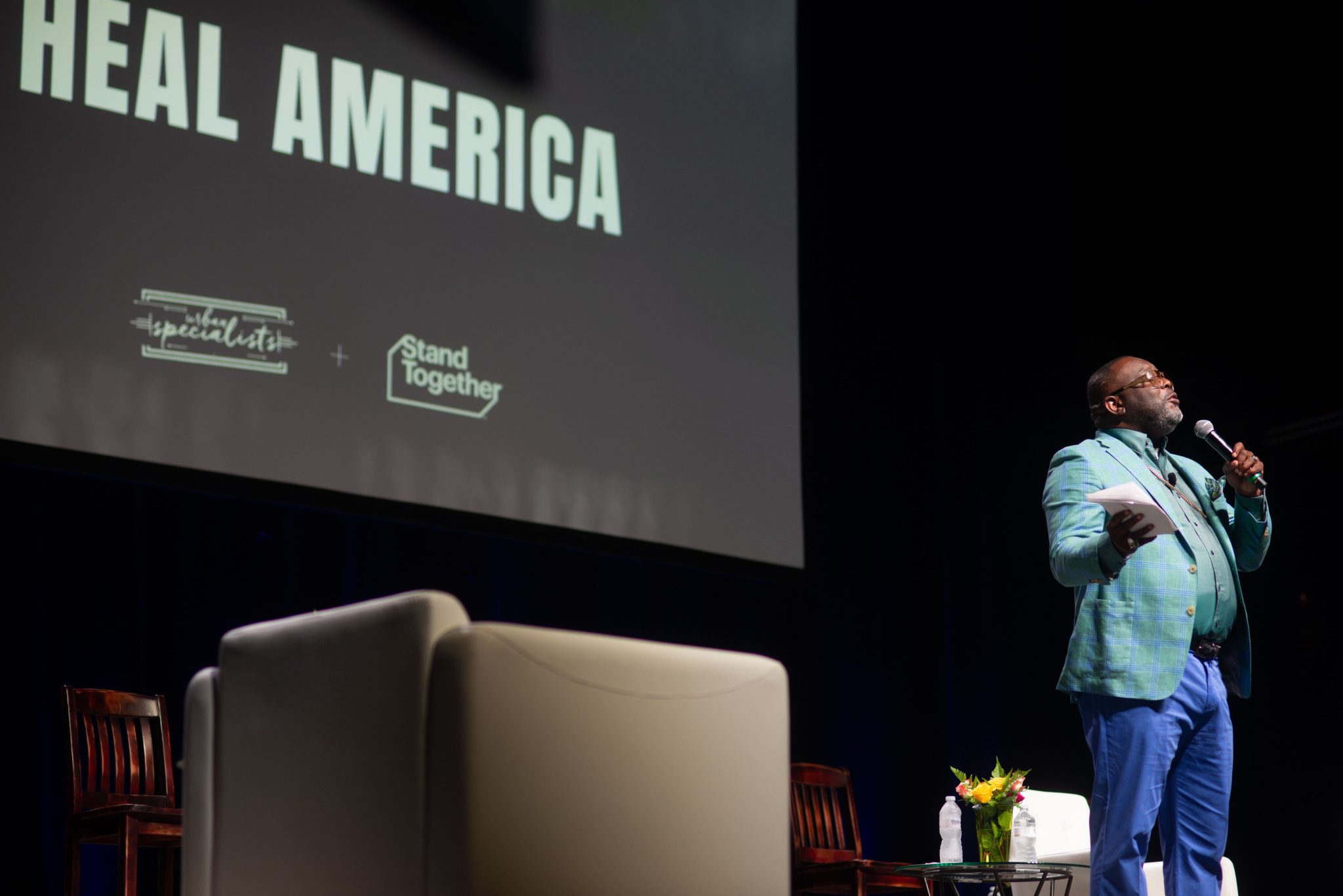 It felt like a church service inside Shiloh Temple International Ministries Wednesday evening as Bishop Omar Jahwar introduced the Minneapolis leg of the “Heal America Tour,” declaring to the crowd that they were, in fact, here to heal America. Jahwar, a specialist in preventing gang violence from Dallas, had convened two panels of church leaders, CEOs and activists to discuss solutions to police violence that, as one Heal America staffer put it, transcend politics.

Heal America was conceived as a national project, but Minneapolis is ground zero for any attempt to reimagine policing in America, Jahwar said.

The police killing of George Floyd has galvanized the movement to change American policing, but Wednesday night in Minneapolis showed the deep divisions even among reformers.

Even as the “Heal America Tour” sought to use the Black church and consensus to create change, Minneapolis activists were pressuring the Minneapolis Charter Commission to allow voters the chance to dismantle the current Police Department and create something new.

The “Heal America” crowd sought to rise above politics with scripture and gospel music. Jahwar often ended his speeches by calling to the crowd “Can I get a witness?” while another panelist pointed out that the first and perhaps most famous recorded victim of police brutality was Jesus Christ.

Panelists like Texas pastor Dr. Harry Sewell called for scriptural solutions to police violence, invoking the audience to “love thy neighbor,” while both police officer Ryan Tillman and police violence survivor Leon Ford spoke about viewing their advocacy for police reform as a spiritual mission.

Emotional healing and interpersonal relationships were at the center of the first panel’s discussions of how to achieve racial justice. Minneapolis Mayor Jacob Frey was warmly received by the crowd, even as he has faced withering criticism among those in the city who want to dismantle the Police Department, a policy he opposes.

“I know I was honest and I told the truth and I tried to do right by our Black community,” Frey said. “This is not about me and I recognize that, but without the Black community, without the love that I’ve received, I don’t know how I would have gotten through the past couple of months.”

Reuben Moore, CEO of Minnesota Community Care, urged the audience to acknowledge America’s history of racial trauma and colonialism and commit to action repairing the harm done to the Black community.

“Love is not just an expression of the heart but it’s an action. It’s work,” Moore said. “America has to go to work for those who have been most harmed, it has to show up in our policies.”

The second panel offered a number of policy recommendations, from changing the law around qualified immunity, which is the rule that protects police officers from being held personally liable for violating someone’s constitutional rights; updating police training; increasing accountability for prosecutors; and investing in workforce development programs to address the root causes of crime.

One policy approach that was notably absent from the discussion was any consideration of police abolition. Baton Rouge Police Chief Murphy Paul tacitly referenced the calls to defund and abolish police departments when he cautioned the audience against being too hasty to pass major police reforms.

“America doesn’t dislike policing, they just don’t like bad policing. Let’s just be clear about that,” Paul said. “There’s a frustration with systems that have protected those bad police officers who should never wear the badge.”

Jahwar has a long-standing partnership with libertarian industrialist Charles Koch’s nonprofit Stand Together to put on Heal America, and to run his Dallas-based violence prevention group Urban Specialists. He said he sought to bring together a broad tent coalition to advocate for reform in spite of the ideological disagreements within that tent.

Jahwar says his goal is to build a relationship between citizens and police based on mutual respect and accountability, reforming policing into its “purest and best form” as an organization that prevents and solves crimes and reduces violence without overcriminalization.

“We’re not for [abolition], we’re not for defunding, we’re trying to land on this small patch of grass called citizenship and humanity and allowing the police and the citizens to have a sense of passionate respect, and having a sense of accountability towards one another,” Jahwar said.