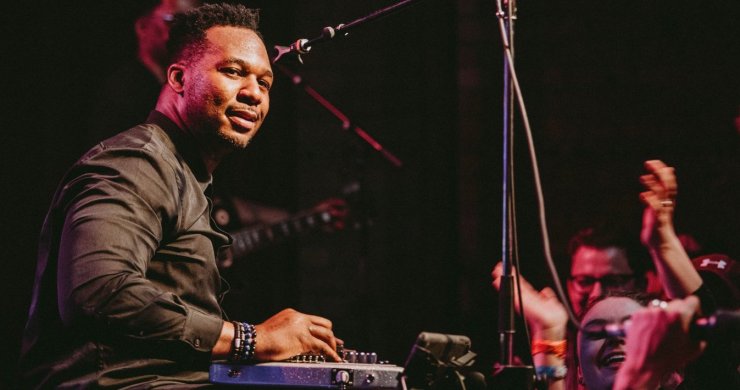 Organized by Robert Randolph and his eponymous charitable foundation, Juneteenth Unityfest aims to amplify the discussion and celebration of Juneteenth to a national platform. By bringing together artists from a diverse collection of backgrounds, Randolph aims to unite and enlighten a broad group of viewers and performers while also amplifying the many narratives of the Black experience in the United States.

“While Juneteenth, the holiday, marks the symbolic end of slavery in America, our goal is for Juneteenth Unityfest to represent the accomplishments of Black people in the United States,” Randolph said in a press release. “Through this celebration, our mission is for Juneteenth to serve as an occasion to remember the past, acknowledge our progression and take collective action towards creating a ‘more perfect union’ for all Americans.”

For Juneteenth Unityfest, The Robert Randolph Foundation has aligned itself with community partners including Heal America, The Rock & Roll Hall of Fame, We Are Family Foundation, The National Juneteenth Observance Foundation, Unity Unlimited, Inc., Umoja Events Juneteenth NYC Festival, African American Museum in Philadelphia, Benedict College, and Muhammad Ali Center. Tune in to the broadcast via LiveXLive on June 19th beginning at 5 p.m. ET. For more information, head to the event website.