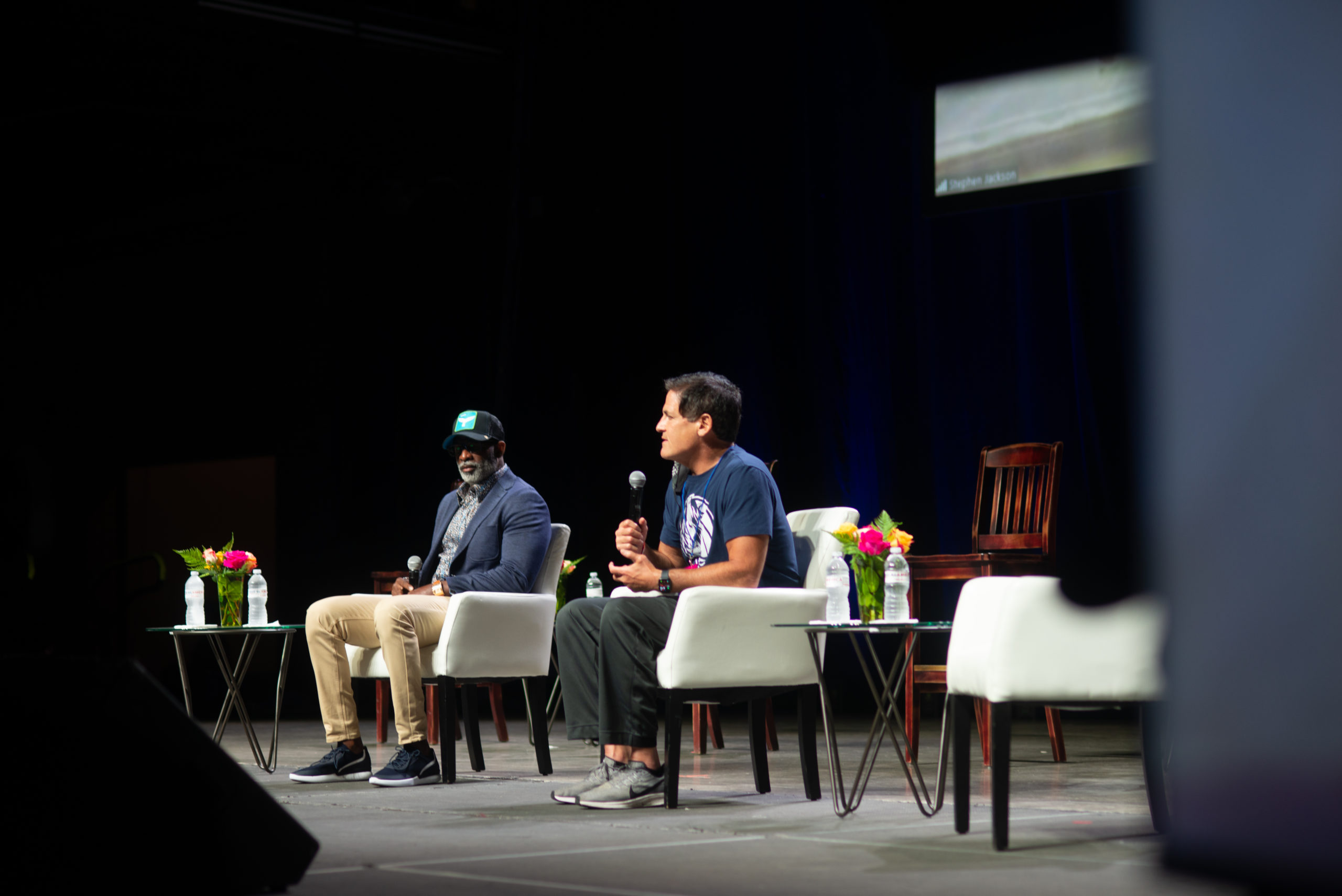 When asked by Bishop Omar Jahwar why he’s been such an outspoken advocate for initiating the conversation on race relations, Dallas Mavericks Owner Mark Cuban had a simple answer.

“It’s just the right thing to do,” Cuban told the (socially-distanced, mask-clad) audience at Gilley’s Dallas on June 24.

The United States is facing a critical moment concerning race relations, and stepping up to lead a faith-based course correction, coined The Heal America Tour, is Jahwar, CEO and founder of Urban Specialists. The conversation centered around race, citizenship, and humanity. It featured panelists and contributors from all walks of life, including authors, pastors, police officers, athletes, artists, directors, entrepreneurs, and actors.

“God knew the death of my brother [George Floyd] would go in vain, and I would step up and lead the right way,” Jackson said. “I’m a person that can stand here and tell every race ‘I love them’ and mean it because every race has told me that. I’m standing for everybody.”

What Business Leaders Can Do

Todd Graves, CEO of Raising Canes Chicken Fingers, who has more than 40 restaurants in the Dallas area, addressed his business and a tangible way business leaders can create diversity.

“Right now, this is a tipping point in our country,” Graves said. “And so, what I think about for a business owner is that you have to help out your fellow brothers and sisters and you have to make a conscious effort and say, ‘How many African Americans, how many Hispanics are we pulling through our systems?’ We have to make a system toward it. We have to be a lot better.”

“The First Step Act would not have happened without all the police and law enforcement getting involved and engaged,” Mark Holden, senior vice president of Stand Together, said. “They want to be at the table. We need to make this a situation now, where we can get them back to the table. Most everybody in our communities and most everybody in law enforcement wants to do the right thing and make this a better place.”

Van Jones, CEO of Reform Alliance and CNN contributor, comes from a law enforcement family, spoke about how he believes the police are tasked with too many responsibilities. He also believes resources should be reallocated into communities that have had social programs removed.

“We send officers into communities where they’ve stripped out all the youth programs, social programs, so much support,” Jones said. “Then we want the police officers to be mental health therapists to the homeless person; you have to be a coach to the kid on the street corner, you have to be a marriage counselor to the domestic violence case. I don’t believe in the defund police motto, but I do believe in rebalancing some of these resources.”